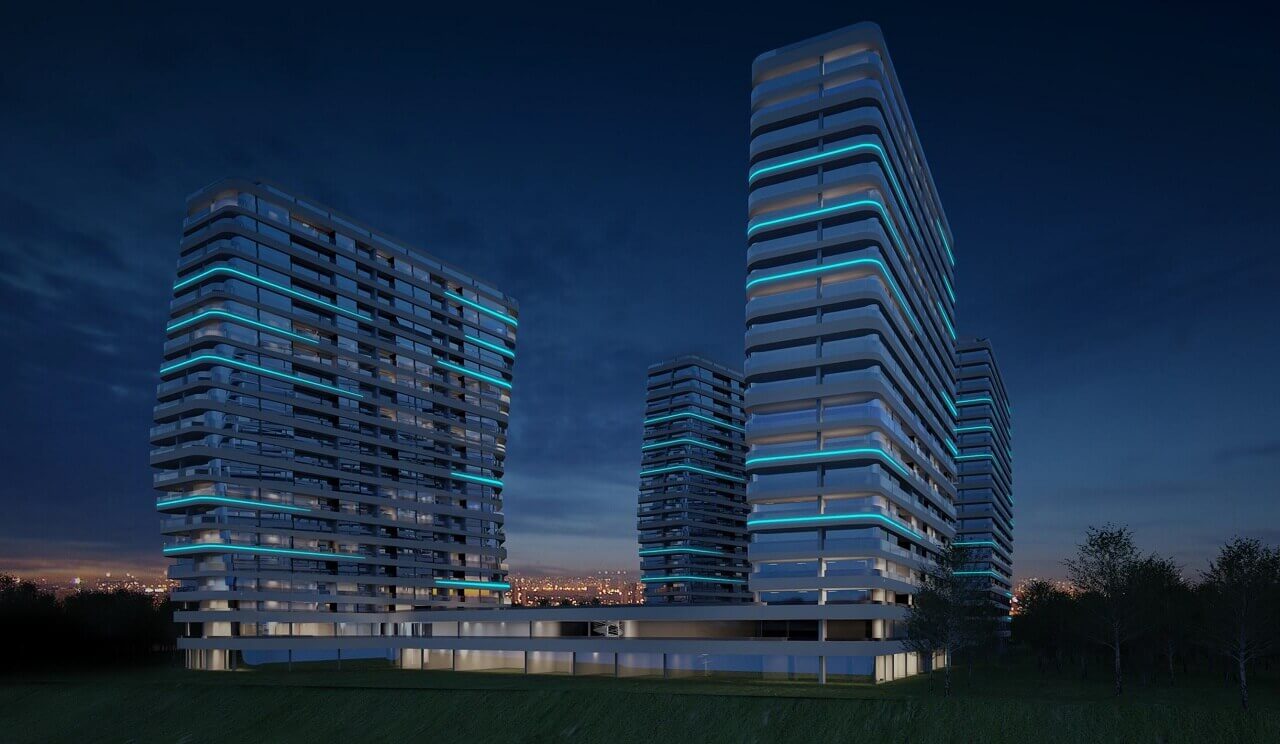 Correct lighting sets the rhythm and maintains the originality of the facades - we were convinced of this when we saw the KANDINSKY Odessa Residence illumination project, which was developed by the designers of the leading architectural lighting company Expolight.

To emphasize the dynamics of architecture, make it expressive at night and not shift attention from the facade to lighting equipment - this is the main challenge that the team of our partners has boldly accepted.

As a result, they found a composition capable of delicately enveloping houses and giving a special, nocturnal rhythm.

Light became an impulse, rapidly flowing from one floor to another, transmitted from the first house to the second, third, fourth, and so on in a circle. The ebb and flow of light pulses helped once again convey the architectural message of the KANDINSKY Odessa Residence and emphasize the peculiarities of its location on the seashore.

The color scheme of the backlight simultaneously reflects the shades of the sea, which reflect the sun and moon rays in different ways during the day, and the colors inherent in different seasons. White, blue, yellow, green, red are associated with winter, autumn, spring and summer.

The waves of light, as well as the waves of the sea, reproduce a familiar gradient: from neon yellow, like at dawn, gradually move to neon blue, then to a rich matte blue hue, and ends in red like a sunset.

The idea was realized thanks to the technology of using light points and lines.