Features of the facade lighting in the KANDINSKY Odessa Residence 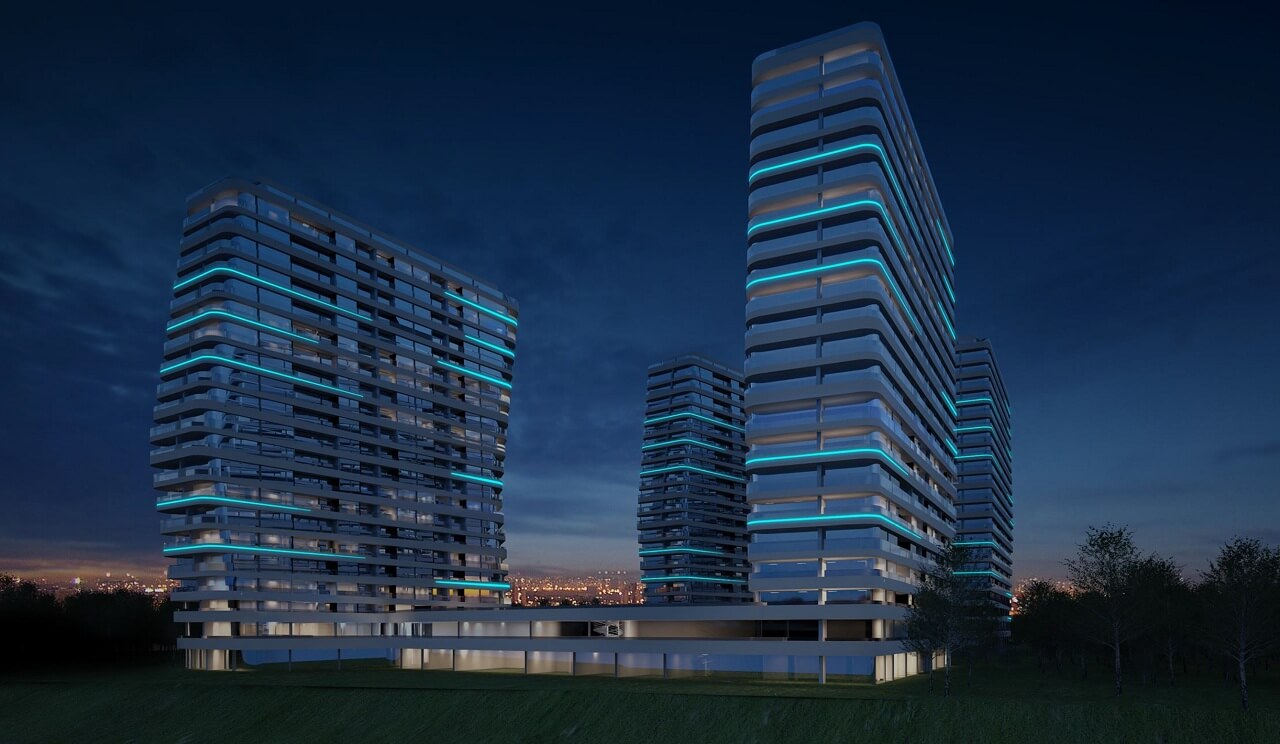 Do you also think that after the interview on our website, you know everything about facade solutions in the KANDINSKY Odessa Residence? Recently, we talked about the technology of home decoration, described the stage-by-stage of the process and passed all the attendances and passwords about the manufacturing companies. There is one more topic that we cannot but tell. This is the illumination of the facade - the final touch and detail that will emphasize the non-standard shape of houses in the dark.

We entrusted the development of the lighting concept and its implementation to Expolight - one of the best companies in the field of architectural lighting.

At the beginning of work with the project for the KANDINSKY Odessa Residence, the designers from Expolight identified three main tasks: the light should emphasize the smoothness and tectonics of the facade, the lighting equipment should be practically invisible so as not to violate the aesthetics of buildings, the lighting design should create visual comfort for perception.

The lines of light will run along the perimeter of all buildings - the floors with apartments and the stylobate part, where commercial premises are designed. The lighting will not be static - the color gradient flows from floor to floor, from one house to another, creating a single light composition.

The media content is based on the theme of the sea, which is not surprising, given the location of the residence on the Odessa embankment. The designers used a marine palette, where each shade of illumination symbolizes the color of the sea at a certain time of the day: yellow is the surface of the water illuminated by the golden morning sun, the gradient of blue is the azure sky during the day and rich blue water, orange is the crimson sunset.

As conceived by the designers, the colors of the illumination and the dynamics of its effects will also personify the changing seasons: green as a symbol of spring and summer, yellow as autumn and white as a snowy winter.

Spotlights will be used to illuminate the facade of the KANDINSKY Odessa Residence. Thanks to a special connection, they will create smooth lines and emphasize the plasticity of the facade.