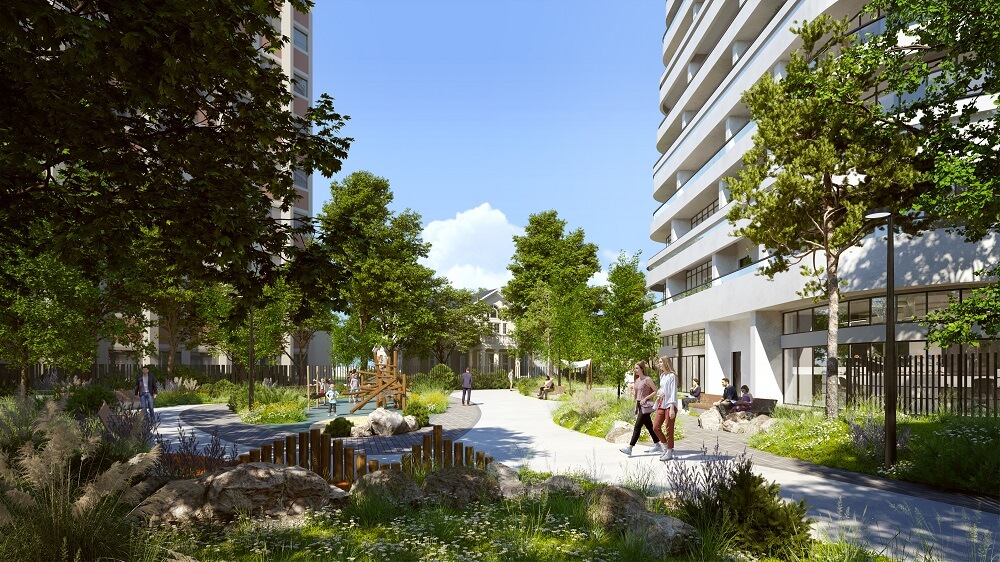 Heptakodium, davidia and European cercissus — you don`t need to know the names of all plants in the KANDINSKY Odessa Residence in order to appreciate the beauty and conceptuality of its landscape. Even upon entering the complex, you will understand that the designers from the Kotsiuba studio have chosen a rather original way of landscaping the local area. They distributed the space according to the seasons and for each pore identified their own plants - conifers, decorative deciduous, flowering and fruit.

Black pine, Evereste apple tree, cochineal oak, heptacodium, davidia and deytia are the plants chosen for the “winter” part, which is located at the entrance of the KANDINSKY Odessa Residence.

In the “spring” zone, which in the courtyards between the houses, will grow Norway maple and witch hazel, Rudolph apple, Schmitt cherry, Red Shine and Sunset Boulevard.

In the public space, which the designers have designated in the summer, they will plant irgu Lamarca, delkva, black pine and European cercissus, which in the warm season will delight with its rich flowering.

For the "Autumn" zone, the designers have chosen field maple, Gordovina viburnum, bruslin and maple.

In addition to planting new plants in the KANDINSKY Odessa Residence and greening the space as much as possible, we also preserve trees on its territory. On the side of French Boulevard, at the entrance to the complex, there is a park with architectural landmarks and trees - we carefully preserve each of these values. The main goal of our landscape architects is to create an open green space based on existing plants that will invite residents to the territory.

You can learn more about the KANDINSKY Odessa Residence and the features of its improvement from our sales managers. Call by phone on the website and make an appointment. Our address: French Boulevard, 63 65.