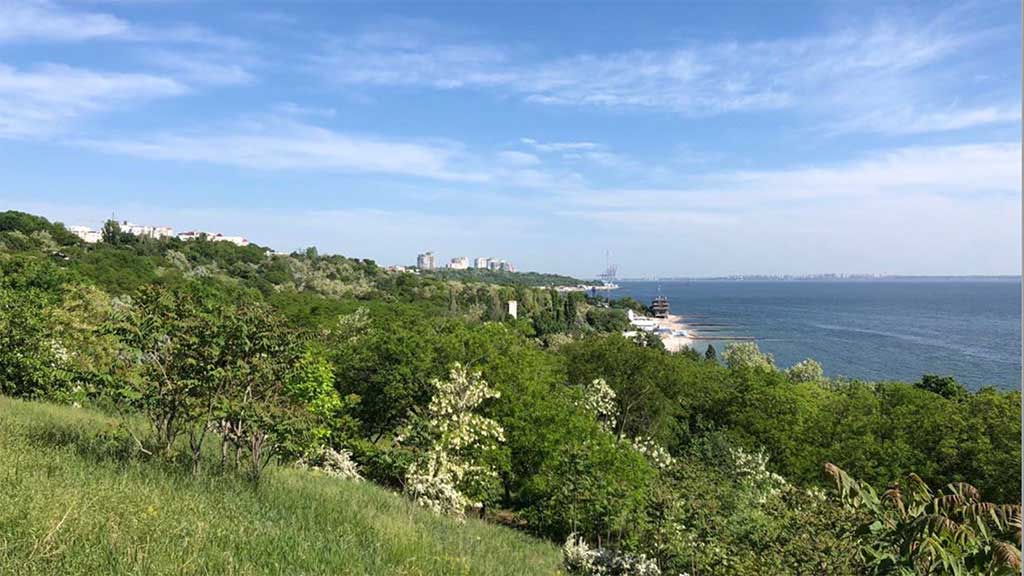 On May 31, Impact Hub hosted a presentation of the results of the Odessa Slopes workshop on the improvement of a part of the Yubileiny Park, which is conditionally limited to Champagne and Sanatorny Lanes and borders the Kandinsky Odessa Residence.

The workshop, which lasted May 11-13, brought together local residents, architects, biologists, sociologists, designers and urbanists in three teams. They analyzed the stakeholders who influence the renovation of the slope area and developed a plan for the implementation of strategic goals. To make the team`s work more balanced and based on a deep understanding of the territory and users, in cooperation with Urban Inst. spatial and sociological research was carried out.

In his greeting to the participants of the presentation Vyacheslav Bondarchuk spoke about the reasons that prompted the company to involve local residents and specialists in the development of a concept for improving the slopes near the Kandinsky Odessa Residence. “It is important for us that Odessans love the project that we are implementing. Since Odessa has a unique identity, we decided to involve local stakeholders in the development of the improvement concept, ”he said.

The moderator of the event, Yuriy Granovskiy, "Agenti Zmin", noted that the key to creating a sustainable project is to involve all interested parties, because participation is a tool for realizing the right to the city and allows you to form better solutions. He also spoke about the goals of the workshop, including:

analysis of the potential of the territory;
forming a vision of her future;
creation of a development strategy;
development concept.

Kirill Lipatov, Urban Inst, spoke about the sociological study of the Yubileiny park, which was used as input for the workshop.

The presentation by Konstantin Emelyanov, Urban Inst, was dedicated to the advantages, problems and opportunities of the territory. According to him, the identification of potential and the formation of a strategy for the development of the area is the main stage in the improvement process.

Workshop participant, landscape designer Maxim Kotsyuba spoke about the process of getting to know and understanding the territory of the slopes.

A comprehensive study of the area during the workshop allowed the formation of a stratagem, which determined the sequence of steps to achieve strategic goals. This stratagem was taken as a basis for determining the next joint steps of the main participants in the process. Among the strategic goals:

building a project team;
transmission of values ​​and search for partners;
programming and strengthening the practice of using all levels of the territory;
basic set of tactical infrastructure solutions
holding an open all-Ukrainian competition of projects

Finally, the participants of the presentation were presented with a scheme for further work on the improvement of the slopes.

The next stage in the transformation of the territory adjacent to the Kandinsky Odessa Residence will be the development of a detailed design specification, which will be presented at the end of summer 2018.

Vyacheslav Bondarchuk stressed that the site improvement work will begin in the fall and will be fully completed before the end of construction, and the territory expense will be transferred to the city`s balance sheet.