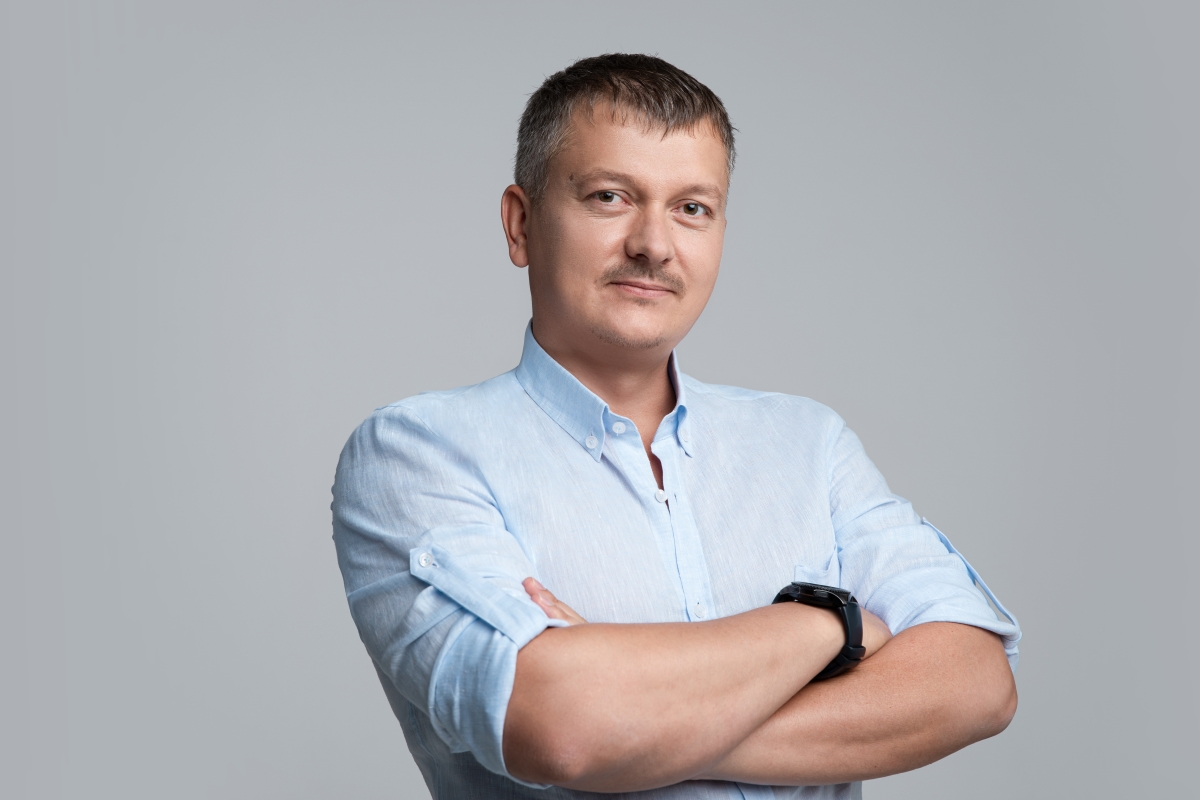 The non-standard architecture of the KANDINSKY Odessa Residence determined the search of the same non-standard solutions in a process of the project implementation. Denis Pivnev told us about the works performed.

The KANDINSKY Odessa Residence looks impressive on the renders: non-standard form of the building, facade glazing. How hard is it to implement the design into reality?

Nowadays the solid glass facades will not make much impression, so, we went much further. The parameter-oriented architecture of the building, which became a standard for the whole world, is still an innovation for Ukraine. The buildings in the KANDINSKY Odessa Residence are nonhomogeneous, each floor is unique and displaced in relation to the previous one in several planes. Surely, construction of such facility entails certain difficulties and risks, but we took a chance since the eventual result is worth it!

Please, tell more about the difficulties in a process of construction of the facades system in the KANDINSKY Odessa Residence.

In the process of implementation of the concept the team needed to solve two important tasks: installation of window systems and external facade walling. The parameter-oriented architecture of the building excluded use of the standard technologies. Transparent facade systems (TFS), the so-called mullion-transom facade system could not be used due to displacement of the floors. Also, it was impossible to use a window system on its own. In the process of the search for solution of this task we came to the idea of combination of the abovementioned technologies. Another nuance arose at that stage – the posts in a vertical had to be placed on the same level, be establish a solid line and provide a harmonious aesthetic outlook. In order to make everything looked integrally in the end, we had to design placement of the posts separately for each floor. The frame was ordered individually for a certain floor and even for a certain room. Each post was measured and calculated. 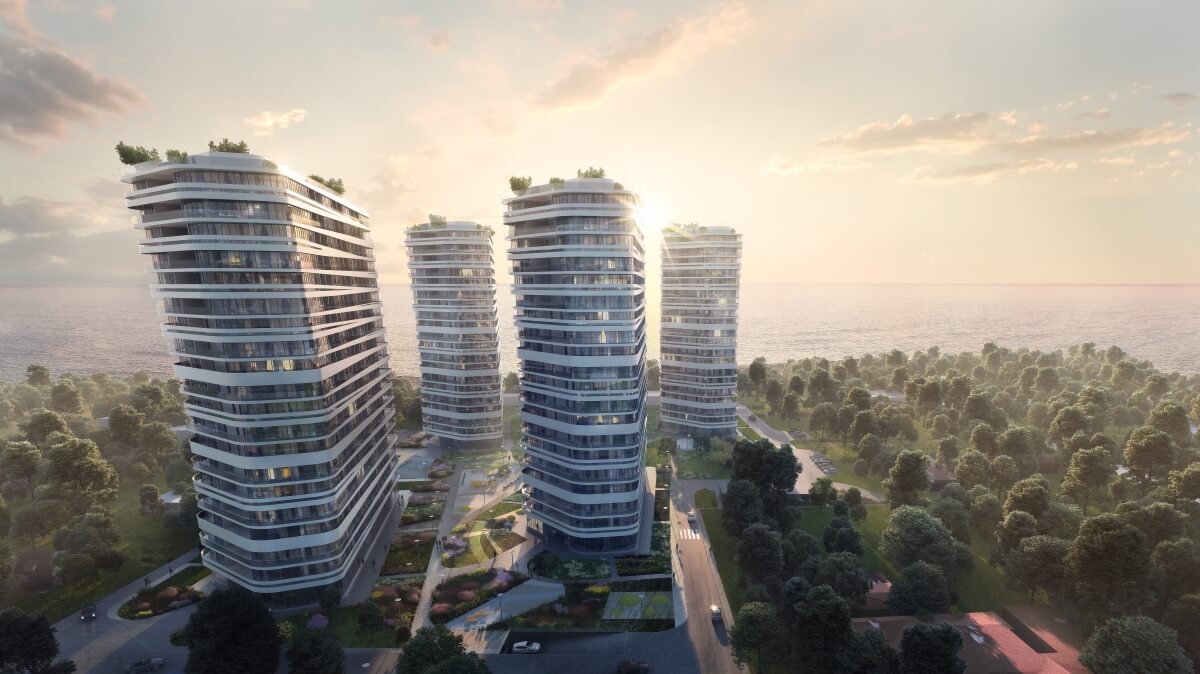 It is a pretty vast scope of additional work, probably, there were options to simplify the process?

Of course, in the process of the project implementation, we considered different options taking into account a lot of factors and indicators. However, the position of an architect Anton Oleynik was prevailing, namely, to save aesthetics of the buildings. Any efforts to simplify placement of the window facades would lead to a general loss of the initially scheduled outlook. This is the first aspect. The second one is that the luxurious windows with panoramic view are one of the key advantages of the project. Our understanding is that the floor-to-ceiling windows have to be mounted equally, without piling up with the posts, non-aesthetic splits, etc. We promised our costumers precisely such windows and this is what we cannot deny. Thus, we accepted this challenge, as well.

You mentioned an external facade walling, what makes it so special??

The first particularity is an increase of the load on the building during the storm winds. In order to make a building with the floor-to-ceiling windows comfortable at any time of the year, reliable protection should be provided. During the slanting rain there may appear a leakage between cracks in the joints of the facades, which is important to exclude at the first stages of construction. Our residents will definitely be able to avoid sad experience of the residents of the nearby buildings, whose developers did not take into account these nuances, wherefore the apartments regularly flood in the rain. The second particularity is the hardness of the posts and facades in general, taking into account interdependence of the buildings, their height and big size of the sealed double-glazed units, we should remember about high wind resistance. The load on the post at the angles of a facade is 1000 Mpa (megapascal), in the centre – 600 Mpa. One more parameter – the post should be resistant to heat irradiation – is to save the warmth on the maximum level in the premise at the cold time of the year, and prevent heat penetration and temperature raise inside of the building in the summer. 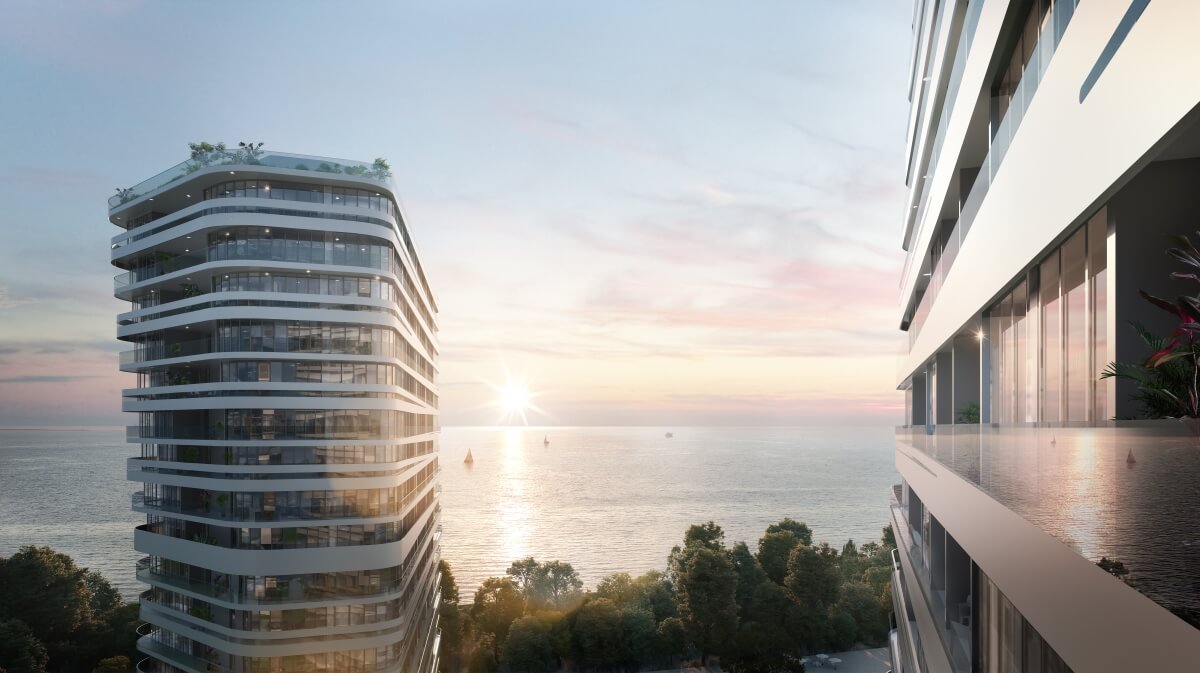 The third particularity is a huge square of the glass walling occupying almost 50% of the facade – the so-called second facade. It belts the whole building, subsequently, its erection may take a lot of time and hours of works. Except aesthetic purpose, the glass walling should be the highest possible functional: protect the building from overheating in the summer and save the warmth inside of the premises in the winter. This is one of the main principles of a “passive house”, on which we focused when selected materials for walling. We believe that external multifunctional and internal energy saving glass, chosen for the facades in the KANDINSKY Odessa Residence, has perfect characteristics: they protect from sunrays penetration in the summer and ensure sunrays access in the winter by means of a special angle in relation to the season sun movement pattern. In the process of mantling, the specifically-designed angle tables with frost protection are used. The team faced absence of readymade solutions and schematic views, so, we developed new constructive proposals of the fastening devices by ourselves and ordered especially necessary angle tables at the factory. The same tasks were to be solved with glass and its design. By the way, unique equipment, overprinting the glass, has been purposefully brought from Italy to Ukraine. A white bar on the facade has not a white line as it may seem at the first sight: each separate glass has its unique design and particular print.

How did you choose the contractors, who could implement your plans into reality?

We developed prototypes of the facades in Belgium in the Avalon system. This is a special 3D room, which allows making a model of the facade taking into account a design feature of the building accuracy to each field bolt. The prototype of the facade examined and tested by our entire team has been developed due to this system. Further, a tender was held on the basis of this prototype among the national and European manufacturers of aluminium constructions to produce these posts, in the process of which the large European concern Aluprof has won. 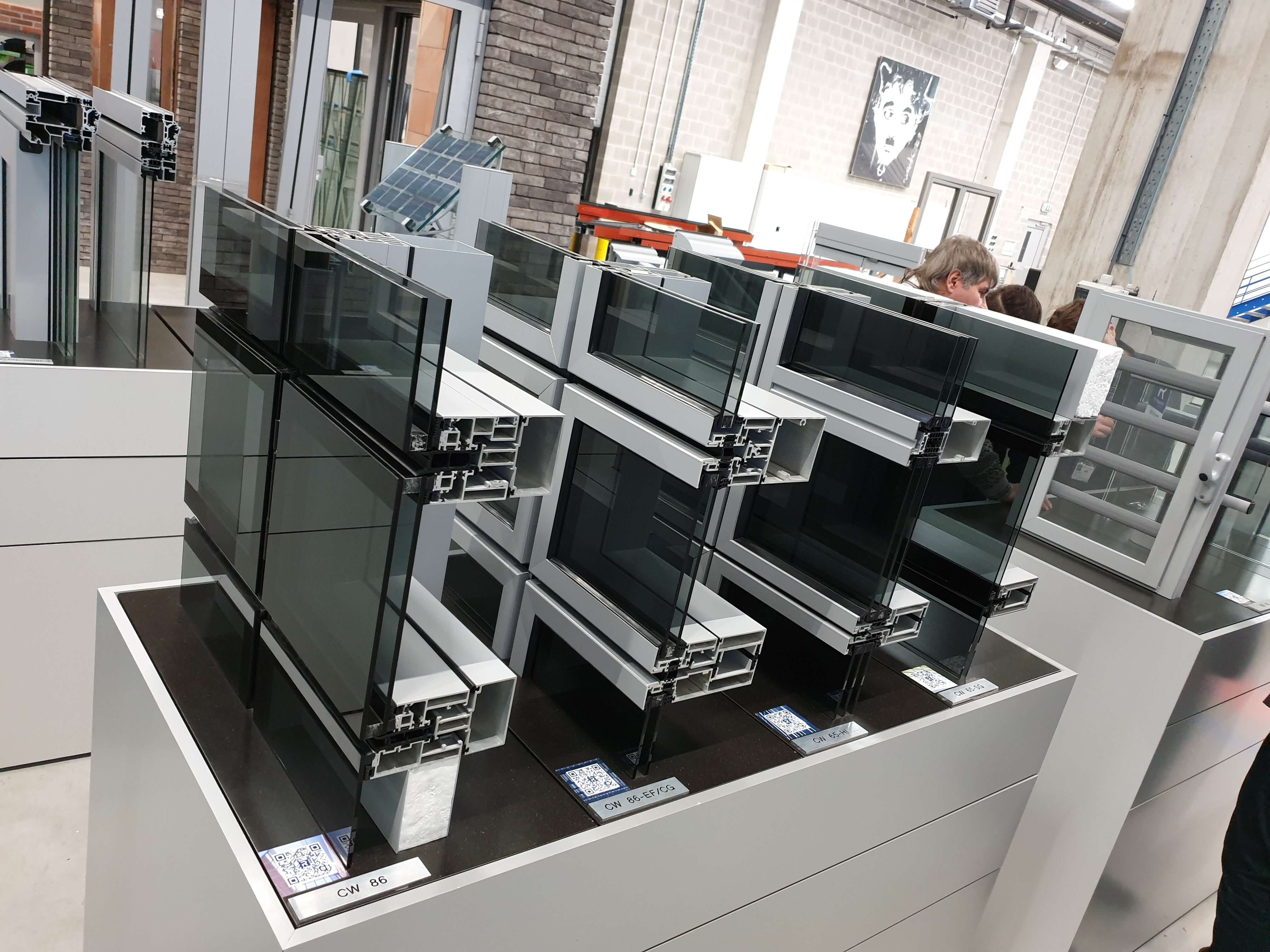 How much time did it take to solve these tasks?

The process of searching for technical solutions, development of 3D model and creation of an expository lasted about six months. During this time, we held 7 additional tenders that helped to find contractors for solving these tasks. It is important to note that our team developed an individual solution for installing facades for all four buildings of the KANDINSKY Odessa Residence, but this, unfortunately, affected duration of construction of building No. 3 and resulted in delay in its commissioning. 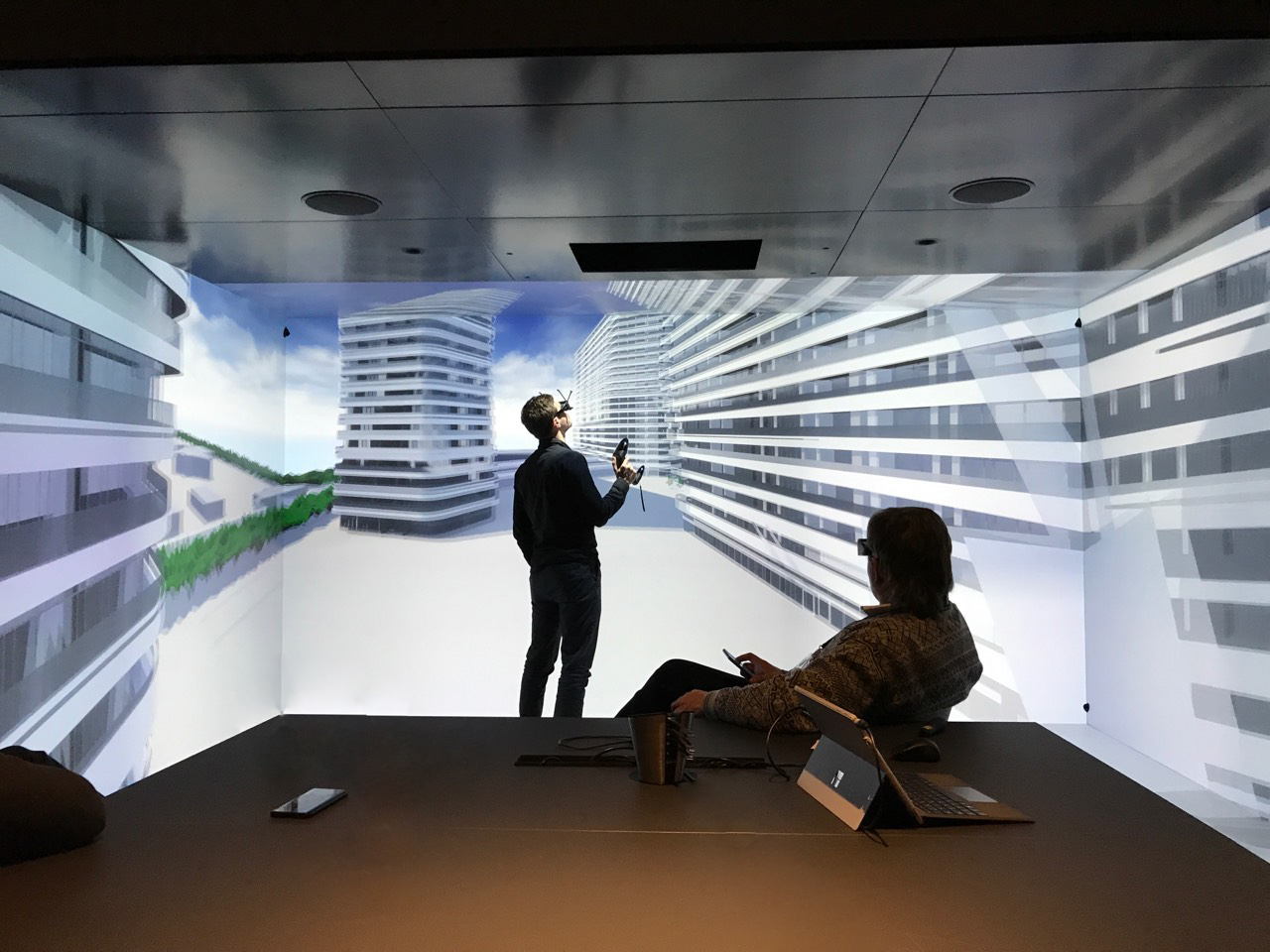 Denis, you talked about the technical part of the process, I would like to hear more about those advantages of the facades that can be appreciated with the naked eye.

The facade solution developed by our team is unique and by far the most complex and high-tech solution in Ukraine in terms of its implementation. But all the efforts invested give an incredible result. Owners and guests of apartments in the KANDINSKY Odessa Residence will be able to enjoy an exclusive view from the panoramic windows: when you look at the sea, you will get the impression that you are already on the beach, because nothing hinders the view. At the same time, it is worth emphasizing once again the technological effectiveness of these window systems, equipped with the elements of a “passive house” and having a heat-regulating function. Another parameter – the outlook of the facades – the parametric shape of the building, combined with non-standard decorative glass facades, make an unforgettable impression. But, in my opinion, the most important thing is that we have managed to ensure the reliability and safety of the facade systems!